Celebrating Christ in the Passover Despite Political Controversy

It seems these days that just about anything that touches Israel becomes a topic of controversy, and the Passover feast is no exception. For us, as believers in Yeshua, of course we celebrate Christ in the Passover, not simply the feast, but to others the feast points to Israel which has made it a flashpoint for opposition. As you may know the European community has levied sanctions in the form of what’s known as a Boycott, Divestment and Sactions movement meant to punish commerce with Jewish businesses until Israel pulls out of the so-called “occupied” territories. Fortunately, a backlash against this unreasonable movement is occurring; some prominent politicians have started an initiative calling on supermarkets across the nation to create separate aisles that stock items for Passover which have been made in Judea and Samaria. This initiative will enable consumers to show their support for Israel by purchasing Israeli based products. 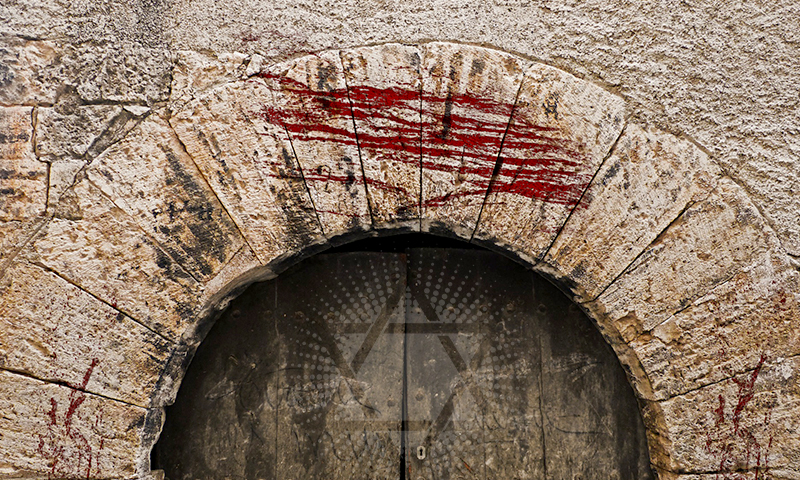 Buying Israeli made products for Passover is welcome, but those of us who have embraced Yeshua as Savior recognize that Passover is more than a feast or a holiday to be celebrated—or supported. Rather, like so many of the types and shadows in the Torah, it foreshadows the finished work of Yeshua for salvation! Christ in the Passover is most clearly typified in the sacrifice of the Paschal lamb (usually a sheep or goat), which had to be “without blemish.” This points to Yeshua, who according to the Scriptures redeemed us with “precious blood of Christ, a lamb without blemish or defect.” (1 Pet. 1:19) Yeshua was typified as sinless, and thus uniquely qualified to save all who put their faith in Him! Indeed, John the Baptist famously declared, “Behold, the Lamb of God which taketh away the sin of the world.” (Jn. 1:29) This “Lamb”—Yeshua Himself—did not merely “cover sins,” as lambs of the Old Testament did (Heb. 10:4) Rather, He completely “took away” the sins of the entire world for those who put their faith in Him!

Not only is the sacrificial lamb typical, but every item in the Passover feast points to the finished work of Yeshua. Three Matzas are presented in the meal (symbolizing the Father, Son and the Holy Spirit). One of the Matzas is wrapped before the meal (symbolizing Yeshua’s death) and unwrapped after the meal (representing His resurrection). There is no chance or randomness to the items in the meal, nor to the day in which Yeshua died. As I have said before, in Israel Bible prophecy is often intertwined with feasts, and all of the feasts of Israel coincide with “appointed times” (Lev. 23:2) having to do with Yeshua. The “Passover” is no exception; indeed it is integral as it points clearly to the redemptive work of Yeshua like no other feast. Celebrating Christ in the Passover means we recognize the true importance of His redemptive work—for us it is no mere ritual!

For this reason we invite you to schedule one of our Passover with Jesus presentations at your church. It’s one thing to write about the symbols of the Passover feast but quite another thing to see it in action! Come witness this thrilling, visual presentation that will make the rich symbolism of the Seder feast come alive for you as never before, as well as leave you with a deeper appreciation for the finished work of Yeshua in His redemption for us! Let’s celebrate Christ in the Passover together, and as always, we implore you to continue to stand with us for Israel that the “scales” will fall from its eyes and they will emerge from the types and shadows of the feasts and embrace the light of Yeshua as their Savior!

Tags: christ in the passover