Are Jews for Jesus Jewish?

Today, I start with a provocative question because I want to deal with common objections to Messianic Judaism, of which this ministry is a part. I want to make it clear that I am not simply considering groups like Jews for Jesus – an organization of Jewish believers which since the mid-seventies has been out on the streets handing out gospel tracts in a good old-fashioned way.  No, I am broadening the question to all Messianic Jews. 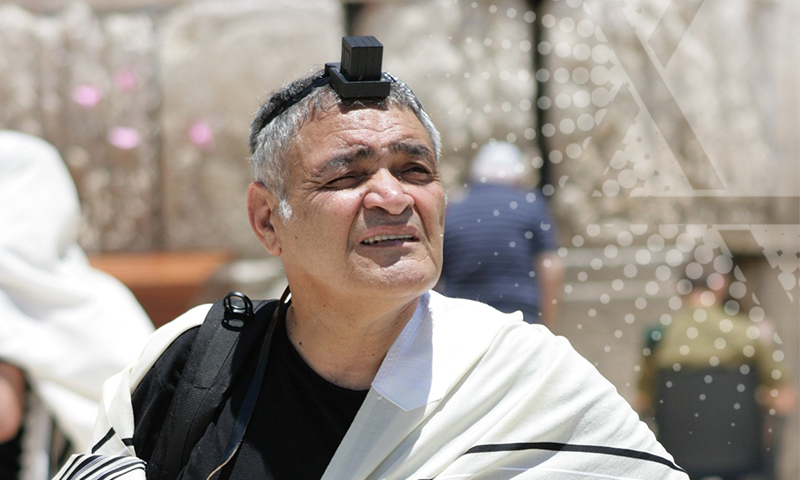 So, can a Jew believe in Yeshua and still be Jewish? Well… Yes! Absolutely!! We must first understand the determination of Jewish identity. It is rooted in a faith and a people—people who were promised a very special place in Scripture and therefore biblically ingrained there.

That place is the “Promised Land,” as the Scriptures state: “The Lord appeared to Abram and said, “To your offspring I will give this land.” (Gen. 12:7) Israel in the Bible is that Promised Land and it is the same geographical place today. Actually, the borders of the Promised Land go well beyond the current borders of Israel. (Gen. 15.18; Jos. 11:3; Num. 13:29; Num. 34:1-12) That is an exciting truth indeed! And it is one of the reasons we are taking a special tour to Israel this fall 2016.

Now, since the Jewish people were exiled from the Promised Land, this second point becomes the most central to Jewish identity – that is, being the descendants of Abraham, Isaac and Jacob. Remember that God promised, “And I will bring you to the land I swore with uplifted hand to give to Abraham, to Isaac and to Jacob. I will give it to you as a possession.’” (Ex. 6:8) Every Jewish person living today in Israel is a fulfillment of that promise to Abraham, Isaac and Jacob!

But of course being Jewish involves more than ancestry and lineage – it is a matter of faith, and this is what people are referring to when they object to a belief in Yeshua. They erroneously think it means they are abandoning their own faith, or think that Jews must “convert” to another religion – not true! Completely false! A lie from the pit of hell! A Jew who embraces Yeshua is still a Jew – in fact, more Jewish after embracing the Messiah than living life without Him. Jews for Jesus are truly fulfilled Jews, having put their faith in the Messiah.

Consider the words of the Apostle Paul (whose Hebrew name is Shaul, a faithful Jew himself, before believing in Yeshua as his Savior and even more so after believing in Yeshua!!) on what it really means to be Jewish: “…a person is a Jew who is one inwardly , and circumcision is of the heart  — by the Spirit, not the letter. That man’s praise is not from men but from God.” (Rom. 2:29) The Apostle Paul here is describing an inner transformation which he describes as the essence of true Jewish identity, circumcision of the heart, or the spirit. Jews for Jesus are simply believers who have experienced this inner transformation. Is this need for “spiritual circumcision” just some religious mumbo-jumbo Jews for Jesus use to hood-wink traditional Jews who are familiar with the traditions of their faith, like circumcision?

Not at all, for the same description of inner circumcision appears in the Torah, “The LORD your God will circumcise your hearts and the hearts of your descendants, so that you may love him with all your heart and with all your soul, and live.” (Deut. 30:6) It is by the Spirit of God, and it is the heritage of every Jew!

There are millions of religious and secular Jews in Israel who urgently need to come to a saving faith in Yeshua, and discover who they really are. This is the reason we are working to bring the Gospel to them using our culturally relevant advertising outreaches in the Hebrew language. We can speak to them in a language and a way they understand, and fulfill our vision of maximizing our outreach to the Jewish people in Israel and around the world. Please pray and consider what you can do to be a part of this exciting end-time outreach. As that same Shaul (Paul) wrote in Romans 1:16, “For I am not ashamed of the Gospel, for it is the power of God for salvation to everyone who believes, to the Jew first and also to the Greek.” Can I hear a hearty Jewish “Amen”?