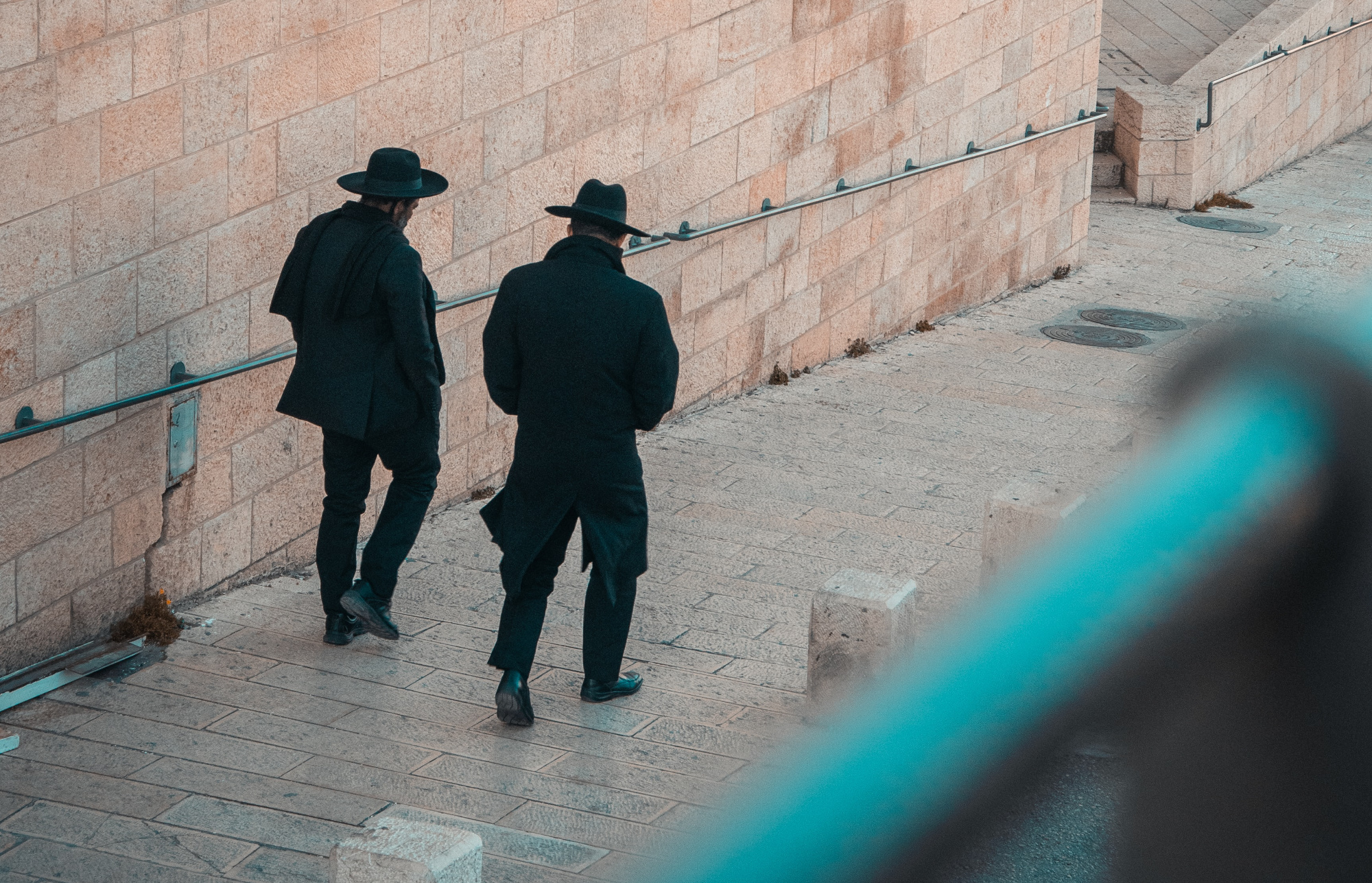 Did you know that there are Religious Jews that believe in Jesus? Yes there are! We can find them In Israel, the US, and around the world – and with God’s grace and your prayers and support in 2014, many more are coming!

Now that all the presents have been opened, the tree is back in storage and Santa Claus has left the building, it’s time to refocus on the great commission that God gave us all – to reach the lost with the greatest gift of all – the message of salvation through Jesus!

I am excited to tell you that 2014 will be a great year for the Gospel. A few months ago Israel Media Ministries has begun working on a new big internet outreach to the religious Jews. This will be the most comprehensive evangelistic outreach that we did so far. I am so blessed and humbled to work on this project with Dr. Michael Brown, who is widely considered the world’s foremost Messianic Jewish apologist.

Dr. Brown, who is also graciously serving on my Board of Directors, had a tremendous contribution to the fact that my own father, Joseph, came to faith in Jesus, when he was over 80 years old. That priceless moment happened just about 18 months before my dad passed and went to be with the Lord. There is no doubt in my mind that my dad’s salvation was also instrumental to the salvation of my mom, Ruth, a few years later in 2012. I say all this for you get a sense of how much I appreciate the apologetic work of Dr. Michael Brown and how it is used by God for reaching the Jewish people for Jesus – even the most Orthodox religious Jews you can imagine.

My dad was raised as an Orthodox religious Jew. After losing his entire family in the Holocaust, he kind of lost faith in God and became secular. It was late in his seventies when I, his only son, came to faith in Jesus. My dad had many objections to my new faith, many Jewish Objections. You can envision how thrilled I was when I found about a man named Dr. Brown, a Jewish follower of Jesus himself, who wrote a series of books called “Answering Jewish Objections to Jesus.” To me, it was like I found a treasure! Finally – answers to every possible Jewish objection to Jesus. What depth! What knowledge of the scriptures and the Jewish belief system! How courageous!!

First I presented to my dad just one of the books (there are 5 total.) Even though it was in English and not in Hebrew, my dad read it from front to back. He simply couldn’t put the book down. When my dad turned 80 I knew exactly what gift I should give him…. and when I handed him the other 4 books in the series, my dad looked at me and said: “You couldn’t have given me a better gift!” I am sure you can imagine how encouraging it was for me hearing to hear that!!

My dad continued to read Dr. Brown’s books; very diligently, very consistently, contemplating on one Jewish objection to Jesus after the other. At the same time someone came up to me with a great idea – “maybe you can reach Dr. Brown and ask him if he will be willing to speak on the phone with your dad?” I was able to reach Dr. Brown through another evangelist that I was serving with. When Dr. Brown heard that there is an 80 years old Jewish Holocaust survivor in Israel who is reading his books with great appreciation while fighting cancer – he obviously agreed wholeheartedly. A date and a time were set for Dr. Brown to call from the US to Israel and speak with my dad. It was during that telephone conversation when my father said for the first time “I am convinced that Yeshua is the Messiah!”

A few years later, I met Dr. Brown personally for the first time when he visited Israel. God’s timing in arranging this meeting was absolutely amazing. It was shortly after my family and I moved to the US to start Israel Media Ministries. I was still in the process of obtaining a US permanent residency. For that I had to go back to Israel for an interview with the US Counselor in Jerusalem. There was no telling when this interview will be, so we already moved to the US, waiting for an official letter from the Counselor’s office. Obviously, I had zero control on the date this meeting in Israel will take place – but God sure did! When the letter arrived, I jumped on a plane back to Israel. The first thing I did was to call a couple of friends of mine who pastor a congregation in Jerusalem. “This is interesting timing,” they said, “Do you know who is in Israel now? Dr. Brown. He is teaching our group in just a few days. Why don’t you join us?”

And so I did. It was only then when I met Dr. Brown (see picture on the left) that I realized that his ministry center is in the Charlotte area…. Just 30 minutes’ drive from where we moved to ourselves!!

The following day I was invited to a dinner in the Jerusalem area to which Dr. Brown was invited too. As all of us held hands and prayed before the meal, I knew without a shadow of a doubt that I received a word from the Lord. When I overcame my shyness (being the youngest) I shared it with all that were there. Dr. Brown asked me more specifically what I meant and had a witness that it is indeed from the Lord.

That was the day that the vision for this evangelistic project was conceived. It was just over three years ago. That’s quite a long “pregnancy” but it will be well worth the wait. As I am writing to you these lines this vision is becoming reality and in a few months it will be born! I trust that many Jews, including many Orthodox Jews, will come to faith in Messiah Yeshua (Jesus) and be born again into the Kingdom of God! God’s Word never returns void!! (Isa. 55:11)

There is still a lot of work to be done for this big internet evangelism project to be completed, as the plan is to have it in multiple languages to enable us to reach Jewish people in their own heart language, whatever their background is and wherever they are on the globe. There is also a lot of work to be done in general terms when it comes to Jewish evangelism, as only a very small percentage of the Jewish people believe in Jesus. Well over 99% of us Jews are still waiting for someone to share the Gospel with us.

Dear friend,  “…my heart’s desire and prayer to God for the Israelites is that they may be saved. For I can testify about them that they are zealous for God, but their zeal is not based on knowledge… How then will they call on him in whom they have not believed? And how are they to believe in him of whom they have never heard? And how are they to hear without someone preaching?” (Romans 10:1-2, 14).