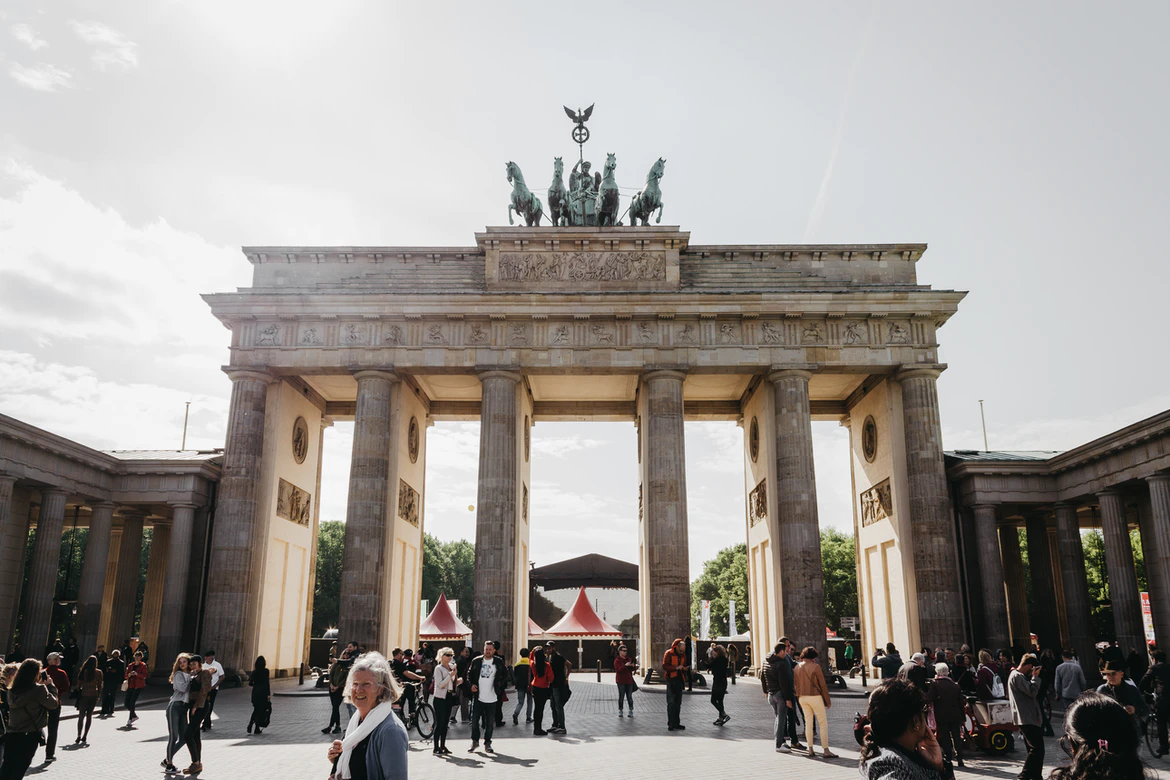 As an Israeli Jew and a son of a Holocaust survivor, I was more than surprised when I realized what the latest trend is in the Israeli society. Believe it or not, many Israelis are choosing to leave Israel and go live in no other than… Berlin, Germany.

It was 2003. Here we are in Berlin: My dad, my mom, my wife, my sister and her husband and two other family relatives. It felt so strange for me to be in this city, the city where both of my parents were born, the city from which almost an entire side of my family were taken to the gas chambers in Auschwitz. Sixty four years prior to our visit in Germany, my dad – Joseph – fled from Berlin at the age of 12 on his journey to the coasts of the Promised Land, the land of Israel.

We didn’t come to Berlin just for a family vacation. Since my dad was a Holocaust survivor, we were invited by the German government to witness how the city has changed; to see in our own eyes that this new generation in Germany is nothing like the one that lived there 60-70 years ago. And indeed, the city was pretty nice actually, a beautiful fusion of old and new.

I remember that during this visit I heard that some predict Berlin to be “the future capital of Europe.”

But my memories from that visit are not just architectural. The days we spent in Berlin were probably among the most emotional of my life. I will never forget how my dad took us to the apartment building where he and his family used to live. Once we got there and looked at the building from the outside, my sister suggested that we go into the building and knock on the door to my dad’s childhood home. And so we did. The lady that opened the door was a bit cold at first, seeing a bunch of strangers like us. It took a couple of minutes of conversing in German, which I didn’t understand at all, before the lady warmed up and allowed us in. And here I am. Standing with my dad in this tiny condo where he spent his childhood, until it was stolen from him forever.

When this surreal peek into my family’s history was over, we stood again on the street and looked at the old building from the outside. Unexpectedly, the grandchild of the lady that let us in was looking at us from the window. I couldn’t escape the thought that this little child is almost a visual duplication of my own dad looking out of this window so many years before. The scar of this image will remain in my memory as long as I live.

Next, we headed towards what would become the emotional peak of our time in Berlin. It took us about a 10 minutes’ walk to get there – to the synagogue – the place where my grandparents worshiped and prayed to the God of Israel. The synagogue was locked and in a bad condition. It was obvious that it was in that state for many years. Actually, the synagogue was inactive since the “Kristallnacht”, the night of the broken glasses, when over 1,000 synagogues were burned and over 7,000 Jewish businesses were demolished. This horrific Anti-Semitic act happened on November 9-10, 1938. Yes, in just a few days it will be exactly 65 years ago.

I will not share details of our experience there other than saying that it was and forever will be one of the major events of my life. For the first time I began to comprehend the depths of my dad’s struggles in believing in God and even more so – in accepting the fact that his only son (me!) had come to believe in Jesus as the promised Jewish Messiah of Israel. Indeed, when my dad came to saving faith in Jesus about 5 years later, it was truly a miracle of God. Maybe now you can better understand why I am so shocked that Berlin became the new “IN” place for Israelis. What’s wrong with London? Or Amsterdam?

Nevertheless, this is a fact. Israelis are immigrating to Berlin in unprecedented numbers. Why? The main cause is without a doubt financial. The economic situation in Israel is extremely difficult, especially for the younger generation. It is practically impossible for them to buy a decent condo in a location that is even remotely near areas of employment, unless you have very rich parents. Even the rent prices are unbelievably high. Not to mention the cost of living that is almost unbearable for most Israelis. On the other hand, while London is very expensive too, Berlin offers a much more comfortable financial environment. For Israelis, it is like a breath of fresh air.

Others share that what attracts them to Berlin is the sense of space that they feel. In Israel everyone is in everybody’s business. In Berlin, Israelis have the freedom to live in a way that they would not dare to live in Israel, away from the intense social pressure of family, friends and the Israeli society in general. One other big attraction to Israelis is the jazz music scene in Berlin. Israeli musicians are gaining tremendous appreciation in Berlin which makes them feel right at home. In addition, there are also emotional reasons for Israelis to live in Berlin. As one Israeli woman said: “Every time I take out the garbage I say to myself ‘we won’. I live here as if it is my own city.”

You may be wondering how I know all that. Did I go to Berlin and interview Israelis on the street? No, there is no need to do that. Naturally, the Israelis in Berlin, just like 99% of all Israelis in that age group, are VERY active on the internet. They have their own internet websites (in Hebrew of course), Facebook groups and on-line blogs. This is where I got to know Israelis like Micah, Abraham, Michael, Liat and Tal. Yes, all of them are just one click away!

What an opportunity!! Now, with a click of a button, we can share the Gospel with Israelis who are brave enough to go against the stream, who are open minded enough to go and live in the city that once was the center of horrific atrocities against their own flesh and blood. Today, Israelis are willing to leave the past behind and search for the meaning of their lives, wherever it may be. Oh, how my heart cries out for my Jewish people in Israel and around the world! “Brothers, my heart’s desire and prayer to God for Israel is that they may be saved.” (Rom. 10:1)

As 2013 draws to an end, PLEASE join forces with our ministry with a one-time special tax deductible gift. We are privileged to live in this internet age! God gives you and me such an incredible opportunity to share the Gospel with an immeasurable number of lost Jewish souls. Together we will reach them in Israel! But we won’t stop there. Together we will reach them in the US and in every corner of the world – YES, even in Berlin!