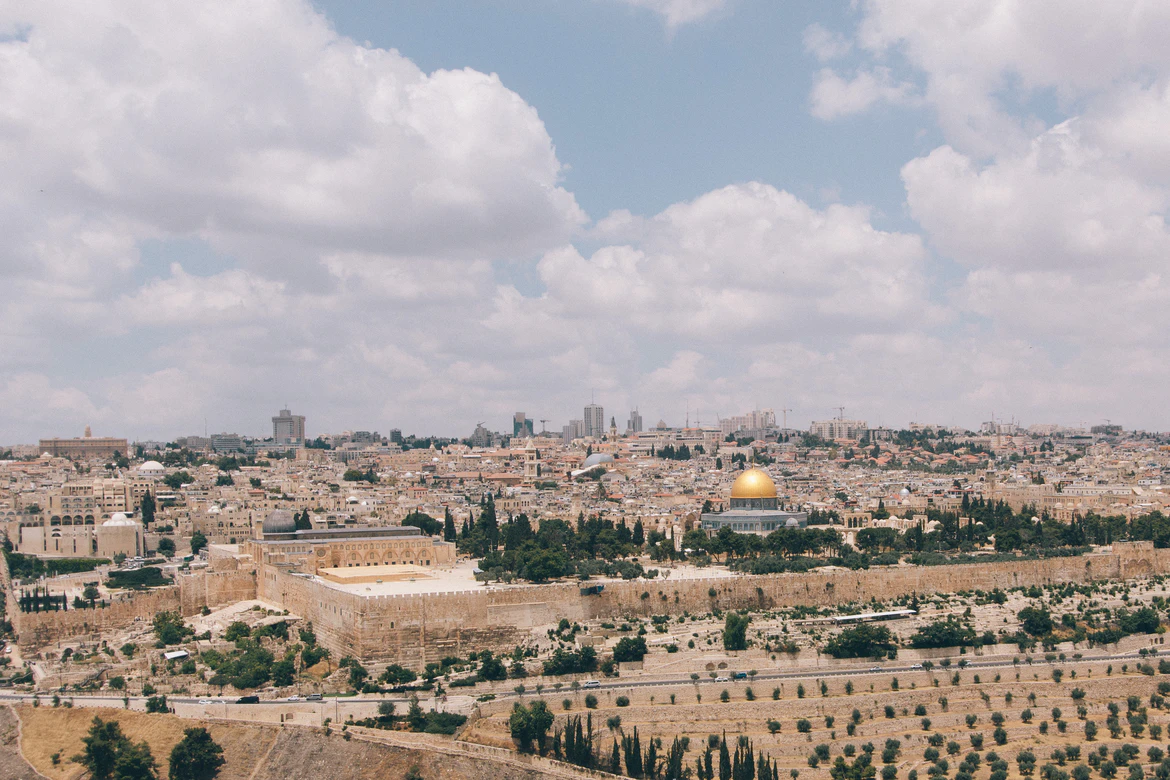 As the winds of war are surrounding Israel, we must pray for the peace of Jerusalem. But let us not stop there. God has called us to “Provoke the Jews to Jealousy.” Let’s try to find out why and how we should do that.

Honestly speaking, provoking someone to jealousy doesn’t sound to me like the noblest behavior. Wouldn’t you say that it is almost the opposite of how a follower of Jesus should act? It reminds me of how a 6 years old classmate showed me his ice cream cone, while licking it in front of my face, gladly singing in my ears “na na na na na, I have an ice cream and you don’t!” Now tell me, how exactly that goes along with “Love thy neighbor as thyself?”

So what does God mean when He is telling Gentile followers of Jesus that they are to “provoke the Jews to Jealousy?” That’s exactly what we want to find out. The term “Provoke to Jealousy” appears three time in Romans 10 and 11. The first of those three is found in Romans 10:19 where Paul is quoting the words of Moses from Deuteronomy 32. This is where we have to do some digging!

Deuteronomy 32 is known as “The Song of Moses.” Yes, Moses wrote a song. Not just because he felt like it, God commanded him to do so. Here’s how it happened. In Deuteronomy 31:14 God spoke to Moses and told him “Behold, the days approach when you must die.” Then God reveals to Moses that after he will die the people of Israel “…will rise and play the harlot with the gods of the foreigners of the land…. And they will forsake Me and break the covenant which I have made with them.” (31:16-17) God told Moses that as a result He will hide His face from Israel and that they will face “many evils and troubles.”

Nevertheless, God had a plan. He instructed Moses (and also Joshua to be exact) to write a song and teach it (“Put in the mouths”, in Hebrew) of the people of Israel. Why? “…that this song will be a WITNESS for Me among the children of Israel.” (31:19B)

A-Ha! The purpose of the song is to WITNESS to the children of Israel, so that they will realize the cause of all their misery and Who is their One and Only Solution! Let me jump ahead and say that the last line of the song declares: “He will provide atonement to His land and His people” (32:43). Amen!!

The song of Moses is indeed quite a witness! And as we might expect it witnesses about Jesus. Let’s find out where. Just like in Romans 10 and 11, the term “provoke to jealousy” appears three times in the song. Jesus, in addition to being the focal message of the entire Bible, and as such, of the entire song of Moses as well, is also mentioned very specifically several times throughout the song. The first time Jesus is clearly mentioned here is just one verse before the term “Provoke to jealousy” appears for the first time: “But Jeshurun grew fat and kicked; you grew fat, you grew thick, you are obese! Then he forsook God who made him, and scornfully esteemed the Rock of his salvation.” (32:15)

Jeshurun is a one of the names of Israel in the Bible. This verse, written about 1400 BC, prophecies that Israel will scornfully esteem (in Hebrew, “curse!”) the very Rock of their own salvation! As you may already know, Jesus’ Hebrew name, Yeshua, means ‘Salvation’ (Mat. 1:21, Acts 4:12). Immediately after the word “Yeshua’to” (His salvation) at the end of verse 15, we get to the Hebrew word “Yakni’oohu” in verse 16, which means “Provoke Him to jealousy.”

Incredible! Even if we just look at verses 15-16 we see the following prophecy: Israel will reject God, curse the Rock of their salvation (their own Savior), and as a result they will provoke God to jealousy! Now we are in a better position to understand why God wants to provoke Israel to jealousy, are we not? — God LOVES Israel! He is a Husband to Israel (Jer. 31:31 – “though I was a Husband to them”) and although Israel provoked God to jealousy by breaking the covenant relationship with Him and entering into a relationship with other “gods”, The God of Abraham, Isaac and Israel has not given up on restoring His marriage with the children of Israel. God is intensely jealous about Israel! Why? Because His everlasting love for Israel painfully resonates in His heart.

God wants Israel back! But He will not do it by Himself. His method of accomplishing it is through a new covenant that He promised to Israel (Jer. 31:32). This new covenant will be proclaimed and lived out by a new group of people, the Gentiles, the people from all the other nations, whom were grafted into a covenant relationship with the God of Israel; the same group of people whom previously were considered by God as “those who are not a nation.” We find it in the song of Moses (Deut. 32:21) where God says about Israel: “They have provoked me to jealousy by what is not God… But I will provoke them to jealousy by those who are not a nation.”

Guess who is a crucial member of that new chosen group? You are absolutely right! It is no other than YOU! Now it is your time to move into action. God wants to use His covenant relationship with YOU to provoke the Jews to jealousy. This will usher Israel back to the Rock of their salvation whom they have rejected: “The stone that the builders (the Jews) rejected has become a cornerstone.” (Psalms 118:22) This will lead to the fulfillment of Moses’ prophetic song: “He will provide atonement to His land and His people.”

“That’s great”, you say, “But how can I provoke the Jews to jealousy?” That’s a good question. To find the Biblical answer we need to look no further than… the song of Moses. Just like the song of Moses, God calls you to be a Witness for Him among the children of Israel. We are to Witness to the Jewish people, whether they live next door, or anywhere else in the world. Thanks to modern technology, we can now witness together to the Jewish people in Israel and worldwide.

As the events unfold in the Middle East, let us reach out to the people of Israel with the saving message of their very own Messiah and Savior. God bless you for provoking the Jews to Jealousy with me.