I try not to get too entangled in the vagaries of politics, whether in a presidential election year or in any other political cycle. God did not call me into politics! But I do stand firm on certain convictions that I believe should not be compromised. One of those is the firm belief that Christians and believers in Yeshua everywhere should only throw their support behind politicians who bless Israel, not those who (wittingly or otherwise) curse Israel by embracing policies that contradict God’s plan for that nation. Anyone who calls himself or herself a believer in God’s Word should know that support for Israel is a non-negotiable position! As a matter of fact the Scriptures make it clear that God will deal with nations based on how they treat the nation of Israel. 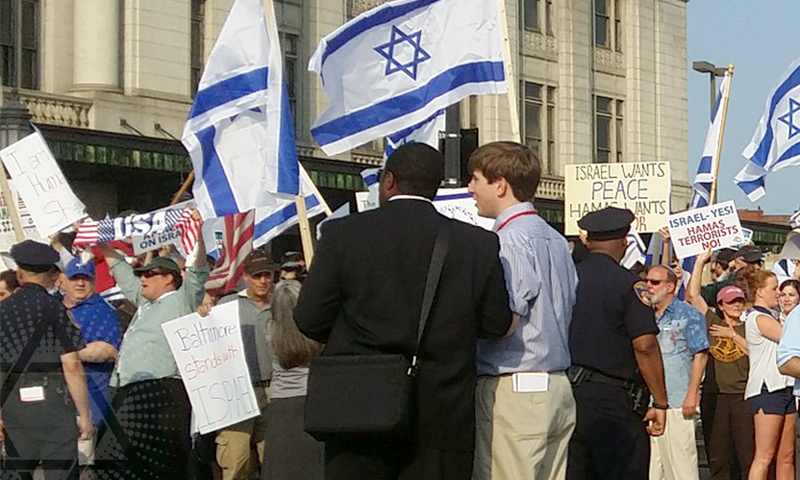 In Mathew 25, for example, Yeshua speaks about the end-time judgment where all the nations will be gathered before Him to determine which will be accounted worthy to enter the millennial reign of Christ. These will be people living on the earth at the time of the second coming and they will be divided into “sheep” and “goats.” The “sheep” will be those who treated the Jewish people well while the “goats” did not.

To the “sheep” the King will say: “‘Come, you blessed of My Father, inherit the kingdom prepared for you from the foundation of the world: for I was hungry and you gave Me food; I was thirsty and you gave Me drink; I was a stranger and you took Me in; I was naked and you clothed Me; I was sick and you visited Me; I was in prison and you came to Me.’ “ He goes on to explain that “…inasmuch as you did it to one of the least of these My brethren, you did to Me.” (Mt. 25:35-40) The context here implies that the “brethren” spoken of are the Jewish people. Many commentators agree on this point as well. The “sheep” who enter the kingdom do so because they chose to bless Israel through their conduct.

Let’s also not forget that the Battle of Armageddon is a specific judgment from God on nations for their treatment of IsraeI. In Joel 3:2, God says, “I will gather all nations and bring them down to the Valley of Jehoshaphat. There I will put them on trial for what they did to my inheritance, my people Israel, because they scattered my people among the nations and divided up my land.” Notice that God is judging the nations of the world for two things with respect to Israel: scattering them among the nations and dividing the land! Clearly God views the nationhood and territorial sovereignty of Israel as a very serious matter, not something that can be bartered with. Dividing the land certainly does not bless Israel, it curses Israel!

Yet today all we hear is a hue and a cry from the United Nations about how Israel needs to surrender even more land, despite the fact that with each concession Israel makes, her enemies become even more emboldened to destroy her, using newly acquired territories as bases for military operations. It is no light matter in the sight of God to trifle with Israel in this way—God says he who does so “touches the apple of His eye.” (Zech. 2:8)

For this reason it is our prerogative and responsibility to support politicians who demonstrate that they bless Israel in their speech and policies. Of course ultimately Israel’s true hope is not in any political support but in a saving faith in Yeshua! Truly supporting Israel means standing behind that vision. That is why strive to present the Gospel to that nation, and to date over 700,000 Israelis have heard the Gospel in Hebrew! We encourage you to join us in this exciting outreach, and as always, continue to pray for Israel in this important end-time hour.

Are Christians United for Israel?

I’ll be honest with you. Israel’s support from Christians has been a given, something that has been taken for granted …